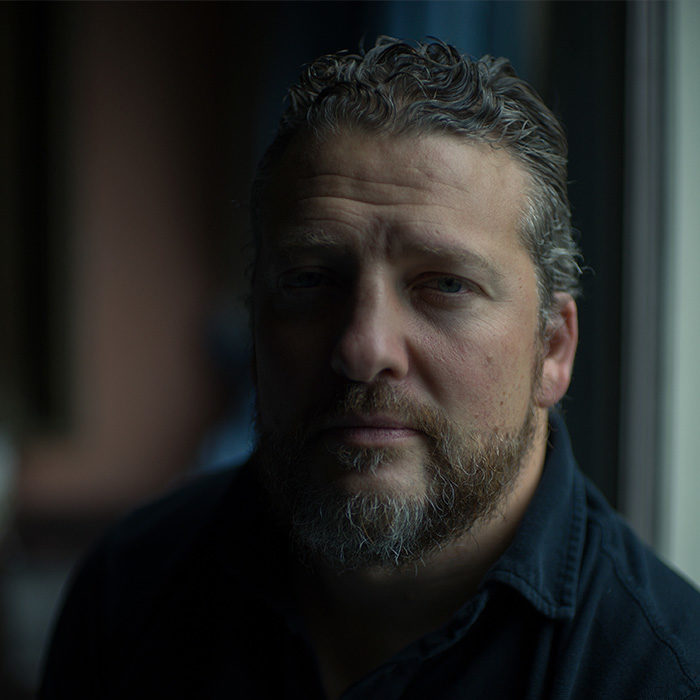 Since founding Salon with Paul Van Carter in 2013, Nick Taussig has produced 19 feature films including Ian Bonhote & Peter Ettedgui’s double BAFTA-nominated McQueen, Jonathan Teplitzky’s Churchill, and auteur Andrew Kotting’s Lek & The Dogs. Nick has recently directed A Space in Time with Riccardo Servini, a feature documentary response to the diagnosis of his two sons, Theo and Oskar, with Duchenne muscular dystrophy, a fatal muscle wasting disease. Supported by the BFI, it will be released by Bohemia Media in May 2021. In addition, he is the author of four novels, his most recent, The Distinguished Assassin. Before his career in book and film, Nick studied literature and philosophy at Durham University, where he obtained a First, then went on to acquire a Master’s in Russian literature from the UCL School of Slavonic and East European Studies. He is also co-founder of Mtaala Foundation, an education partnership and sponsorship programme to create and support a school for vulnerable children and at-risk youth in Uganda; and a trustee of Harrison’s Fund, which fights Duchenne muscular dystrophy, getting as much money as possible into the hands of the world’s best researchers, who are working to find a cure for this fatal genetic disease. 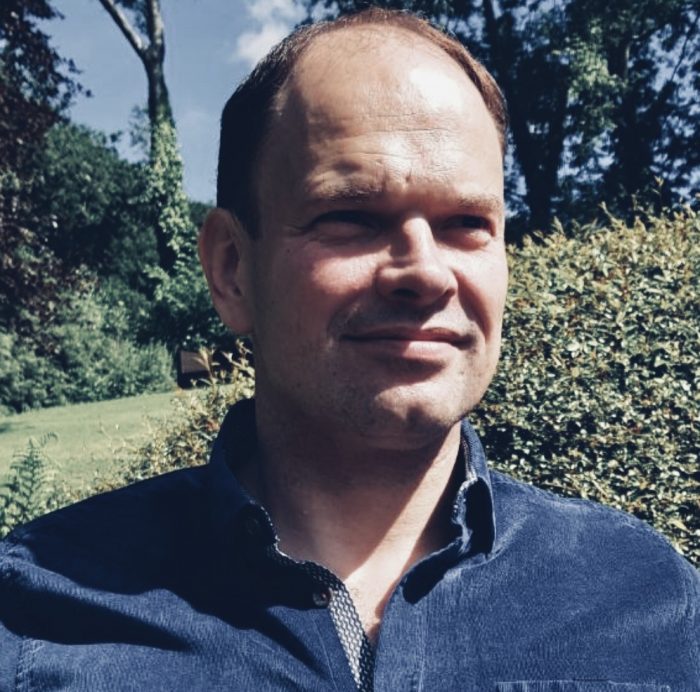 Malcolm has 25 years’ experience of working in television. BBC trained, he’s worked with, and for, all the world’s biggest broadcasters. For the last 15 years he has run his own successful company, CB Films. He has created ground-breaking series such as, I Shouldn’t Be Alive (Discovery), Savile Row (BBC) and the worldwide science format I Cloned My Pet (TLC – C4 – worldwide). He was the first documentary unit on the ground in Iraq. Travelling deep into the Siberian Forest, he filmed the discovery of the remains of Anastasia Romanov, heir to the Russian Crown. Malcolm discovered the vault holding the lost writings of Isaac Newton, with graphic predictions of the world’s end. He filmed the first beating human heart, grown from a single stem cell. He documented the only bleeding mammoth, lifted from its prehistoric icy graveyard. His team dived on an Elizabethan shipwreck raising the canons and muskets, revealing the unimaginable sophistication of Tudor armoury. Malcolm has produced and directed at blue-chip companies including Darlow Smithson, Blakeway and Cicada Films. He worked at Horizon the year it won the RTS award. On a personal note, Malcolm is a swimming Paralympics’ Champion, World Record Holder and multiple Gold Medallist (400m freestyle and multiple Australian record holder). 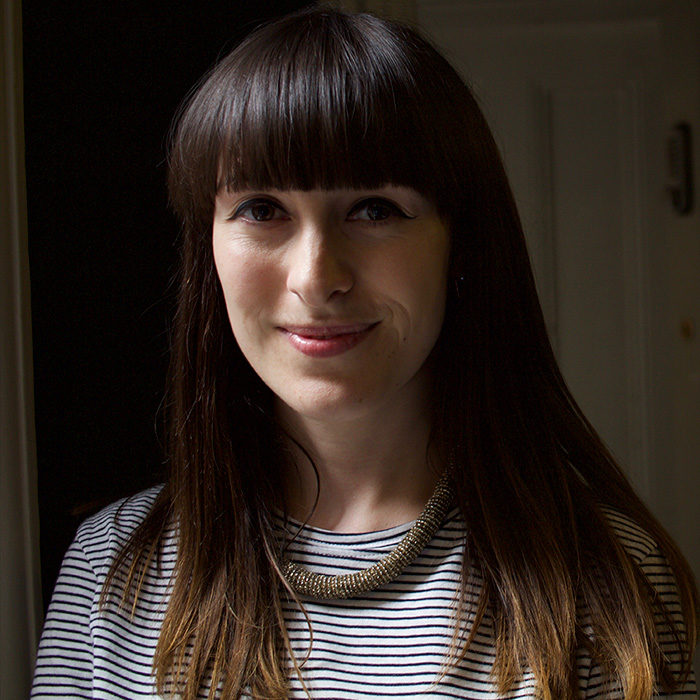 Annabel is Head of Development at Salon, and has also taken on a producing role within the company, producing amongst other films, Audrey, the definitive biographical feature documentary on Hollywood icon Audrey Hepburn. Before joining Salon, Annabel worked as Development Executive on feature films including Quartet and The Invisible Woman, and TV series including The Man In The High Castle for Headline Pictures, and as a script reader for UK production companies including Film4, BBC Writers Room and Focus Features. Annabel has produced short films and music promos in a freelance capacity, and branded content under the Endemol Beyond production banner. She has a degree in English Literature from the University of Leeds, a Masters degree in Creative Writing from the University of Manchester, and is a produced playwright: her comedy musical toured the UK and Australia, playing the West End, the Southbank Centre and the Sydney Opera House. She was chosen as ‘One to Watch’ by the Edinburgh International TV Festival. 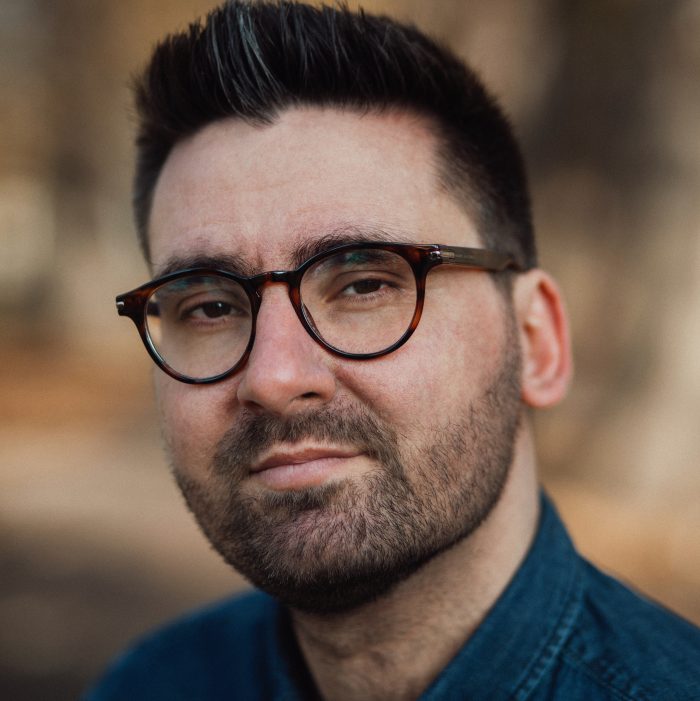 Riccardo Servini is Head of Scripted at Salon Pictures and has over 15 years of experience as a Director and Editor, most recently directing feature documentary A Space in Time with Nick Taussig. The film was made to raise awareness of muscle wasting condition Duchenne Muscular Dystrophy and was released theatrically across UK cinemas in 2021. He graduated from UCA Farnham with a degree in Film Production and has since built a career within the film industry creating award-winning films that have screened all over the world and also brings with him a strong network of creatives and contacts. Ric has a love of non-fiction and will also work to continue Salon’s proven documentary portfolio. He is passionate about raising the profile of genre films in the UK and pushing for more representation in both the fiction and documentary sectors. As Head of Scripted he will continue the growth of Salon Pictures fiction film slate, producing, building relationships, bringing in new talent and developing exciting projects alongside his own directing pursuits.

Before founding Salon Pictures in 2013, Paul Van Carter produced music and commercials for ten years, and was associate producer on Nicolas Winding Refn’s Bronson, starring Tom Hardy and winner of best film at Sydney Film Festival. Paul then moved to Revolver Entertainment to produce features with Nick Taussig, overseeing a stable of directors and writers and a development slate, he produced four films there, and wrote two of these. Paul has also published two books, including one on the subject of 20th century art history entitled Oil on Canvas. He has also written My Name Is Lenny for Salon and directed The Guv’nor, and more recently Fred, both nominated for best documentary at East End Film Festival. With Nick, Paul has produced 20 feature films to date, including Ian Bonhote & Peter Ettedgui’s double BAFTA-nominated McQueen, Jonathan Teplitzky’s Churchill, and Gabriel Range’s Stardust starring Johnny Flynn, which will premiere in 2020. 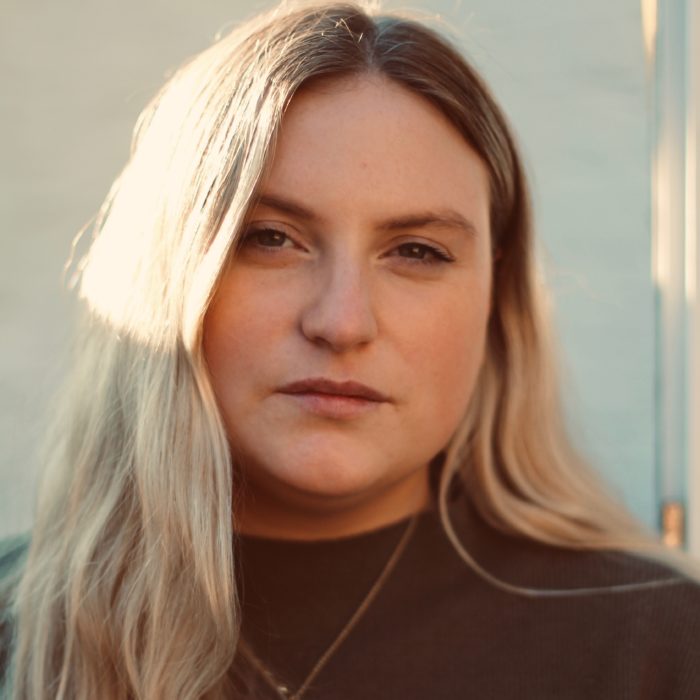 Sophie Harmer joined the production team at Salon in 2019. Her prior experience encompasses working in house at Lightbox Media, on the documentary series Captive, for Netflix, and Grand Prix Driver, for Amazon Prime, as well as Coordinator on the acclaimed feature documentaries Louis Theroux: My Scientolgoy Movie, and Bolshoi Babylon. She has also worked on feature dramas including Andrew Hulme’s Snow in Paradise nominated for the Palme D’Or at Cannes. Sophie has a Bachelor’s Degree in Film from King’s College London. 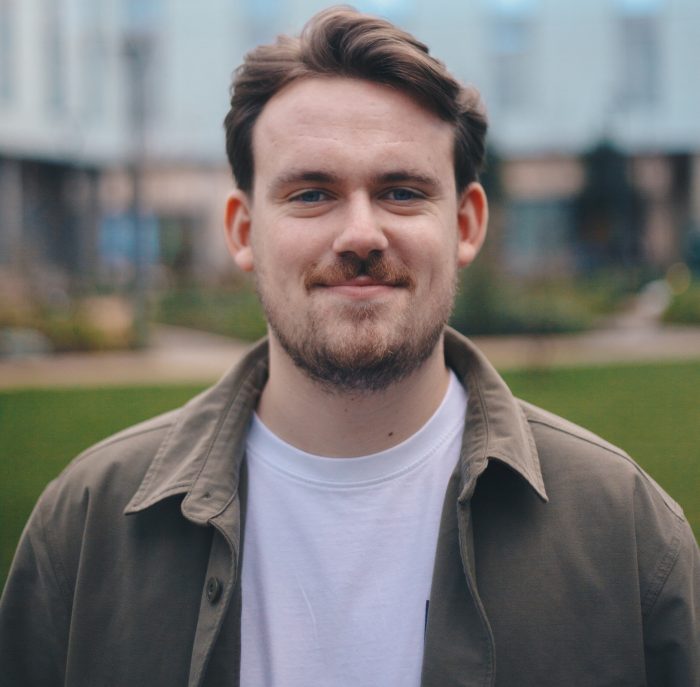 Starting his career at Chimp Productions led by Richard Hammond, Henry honed his talents at CB Films, where he became an adept and experienced researcher across the factual documentary genre. With a passion for access-led stories, Henry enjoys casting and building relationships with contributors and talent across all subject areas. With thanks to his degree in Politics, Henry separates fact from fiction giving him a good eye for a story. A wide skillset has enabled Henry to be part of successful teams that have enjoyed commissioning success. 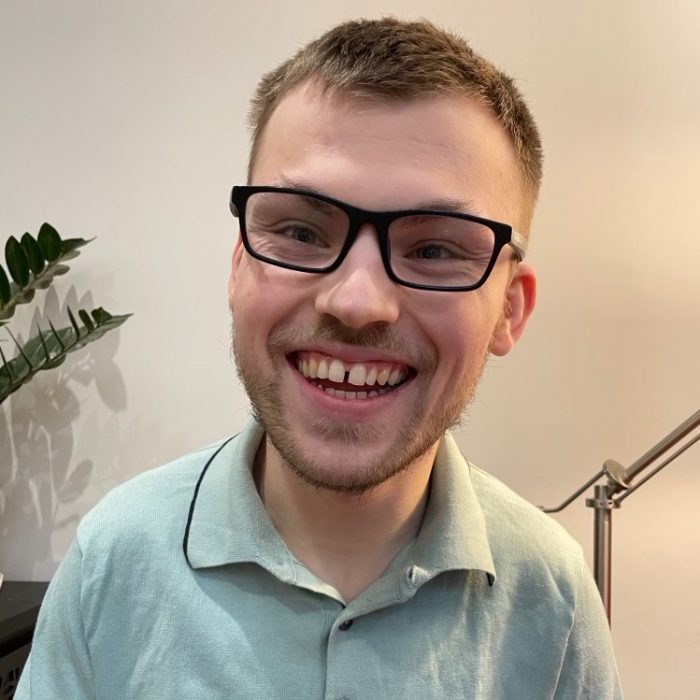 Sam is a recent entrant into the industry, having completed an MA in Arts and Creative Technologies from Staffordshire University in 2021. One of his areas of focus was disability inclusion. Inclusion is at the heart of everything Sam does. His ambition is to produce and platform stories that showcase the talents of disabled people both in front of and behind the camera. He is part of the Disability Screen Industries Assembly at the BFI. This is a group of disabled artists advocating for greater and more authentic representations of disability on and off screen, to help society and the media understand disability better. He was also part of the BFI’s Producers’ Lab 2021 cohort. As a storyteller Sam believes that to achieve the goal of fair, accurate and authentic representation of disability on screen, we must look at ways of expanding the variety of roles accessible to disabled people, for example camera operation. Sam is independently investigating methods of mounting broadcast specification cameras to wheelchairs so that disabled people can have a more direct impact on how they are viewed, photographed, and ultimately portrayed on screen. 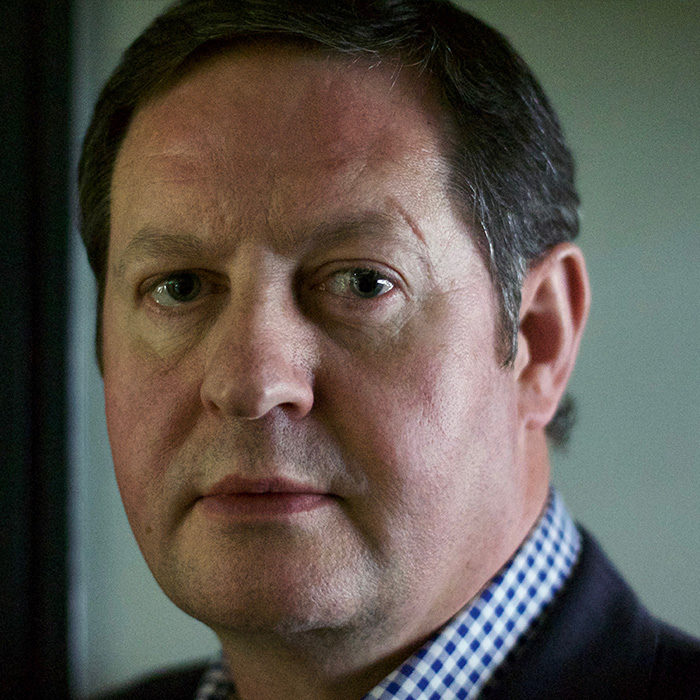 Ian is an acknowledged business coach and serial entrepreneur, having helped start-ups, and rapidly grown and globalized a range of diverse businesses, creating distinctive, innovative, highly regarded and market leading organizations – from global blue chip players to SMEs as well as across the venture capital community. Highly experienced in international business, turnarounds, TV and film, private equity environments and market listings, Ian is also a change consultant to central government, as well as across the wider public and private sectors.  A professionally qualified Human Resource practitioner and NED, educated both in the UK and at INSEAD business school and has held a range of Board level appointments for leading global companies. Ian has been involved in film for over twenty years, and first partnered with Salon in 2014 to help develop the films Churchill and My Name Is Lenny as Executive Producer. 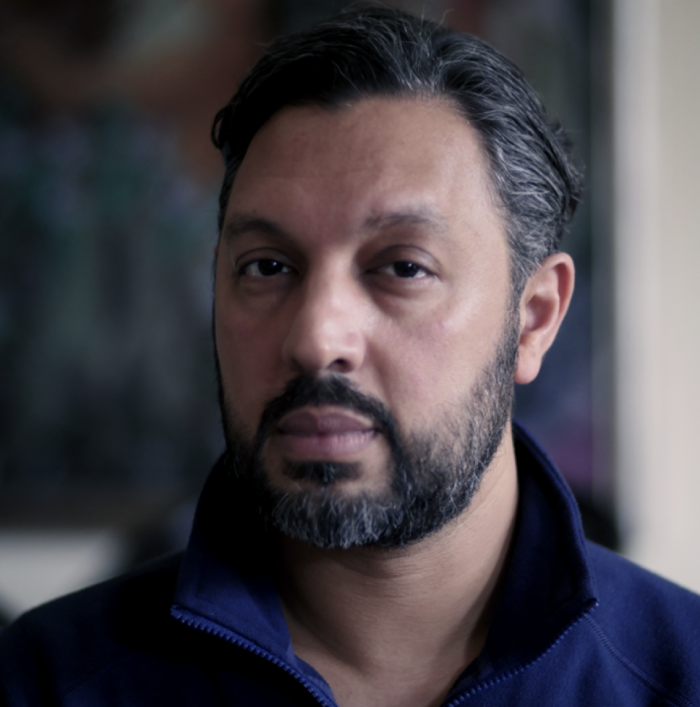 Abid started his career at Goldman Sachs, and now runs an asset management company, Featherstone Capital. Abid takes time out to pursue projects centred around the Arts. He produced the Jungly Jadoogar theatrical series staged at London Olympia and Southbank, and the art installation Aangan at the London Design Biennale 2018, Somerset House. He has also produced short films: Okra, A Night with Noorjehan and Mrs Khan. Abid grew up in Lahore and London, and graduated from the LSE. He is married to Mariam and they live in London with their three children. 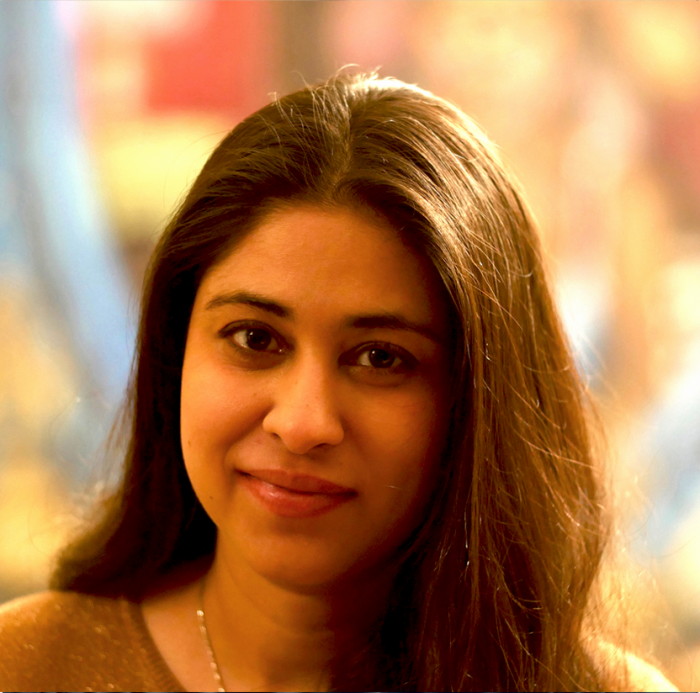 Mariam Majid is an award-winning writer and director. Her short film, A Night with Noorjehan, won awards at the BAFTA qualifying Leeds International Film Festival, Sheffield Film Festival and Film 4’s Barnes Film Festival. The social realist film, set around a vintage cinema in Lahore, captures a moment between a street child and a transgender sex worker.

Mariam was selected to curate and design an installation at the London Design Biennale 2018, Somerset House. Titled Aangan, the Courtyard, for the London Design Biennale 2018 the installation was a thirteen foot high helix constructed from muslin garment. This formed the canvas for the projection of her non-narrative film, The Artisan’s Song. The installation was featured as one of four pavilions out of forty in the official Somerset House podcast named one of top ten installations at the exhibition in prestigious publications such as Elle Decor and Arch Daily.

She earned a Distinction in both her Bachelors of Fine Art and Masters of Filmmaking, and was awarded the Filmmaking Prize for her Postgraduate degree.